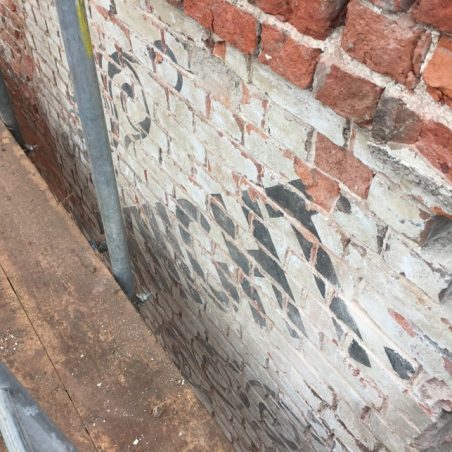 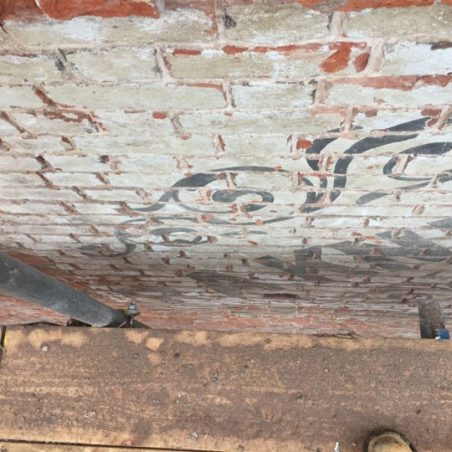 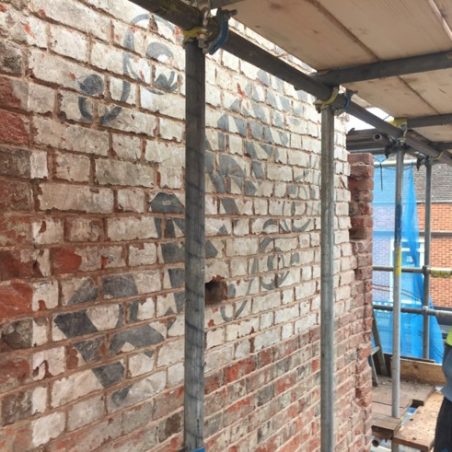 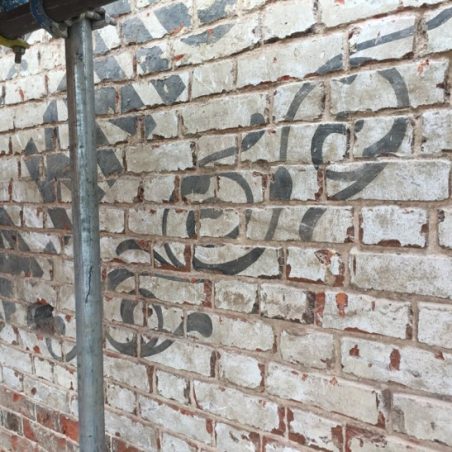 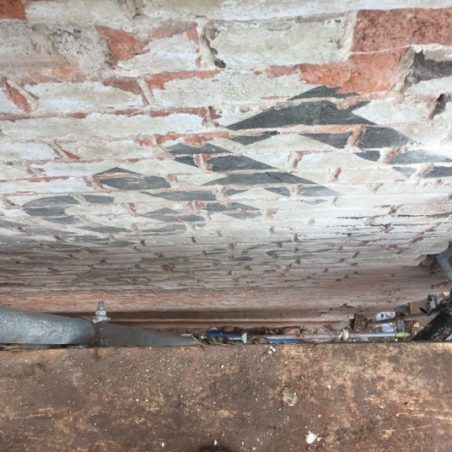 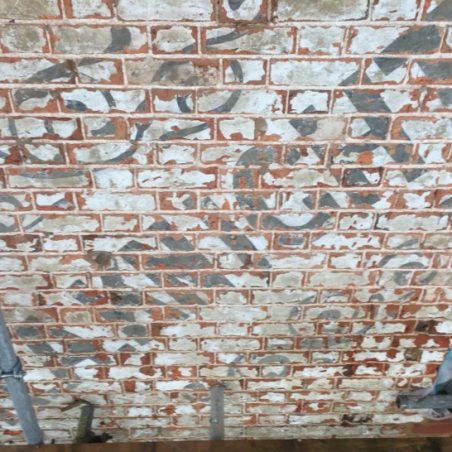 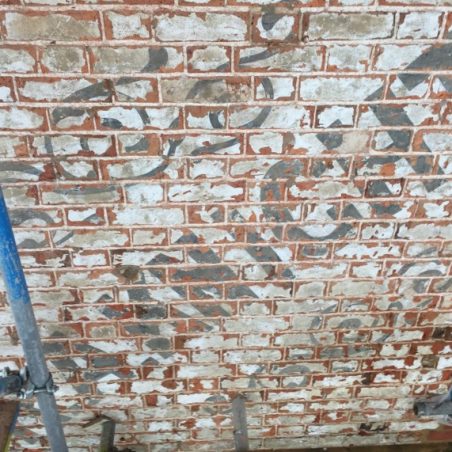 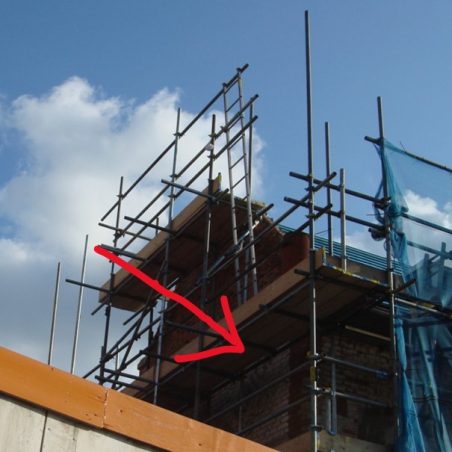 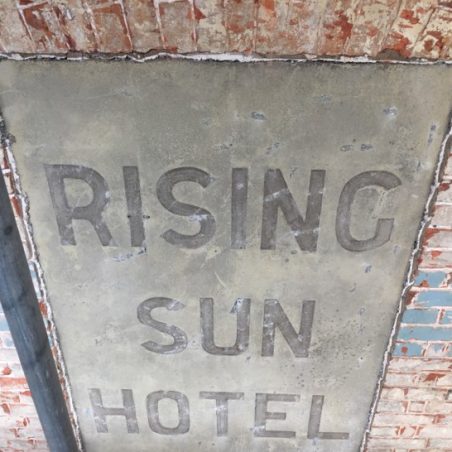 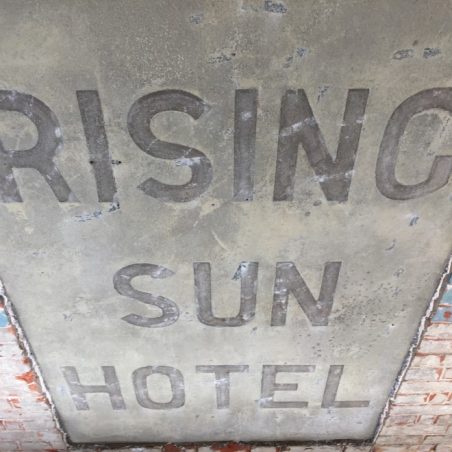 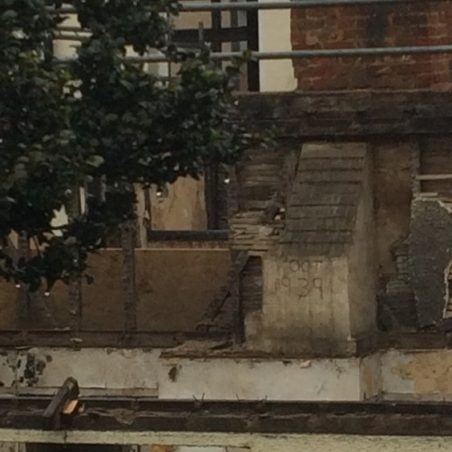 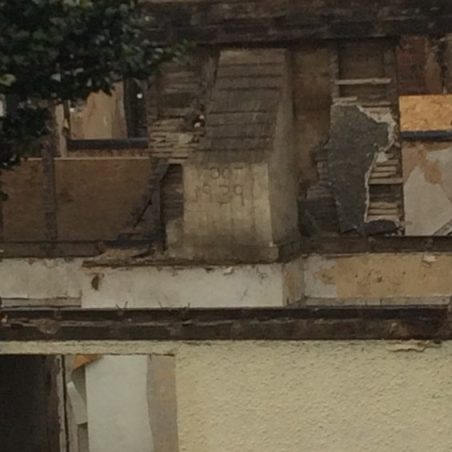 During the re-development of the Rising Sun public House at Sun Corner a number of aspects of the buildings history have once again been revealed which have been hidden for many years.

When the outside rendering was stripped away some of the old painted signs were revealed and the builders have been kind enough to take some picture for us so that there can be a record kept once these are again covered.

The painted sign on the east side of the building reads R. A. Knight.  We know from trade directories that Robert Knight was the proprietor around 1922/25.

The Rising Sun Hotel sign is on the front of the building over the door nearest Sun Corner.

The other pictures show a detail from an internal chimney at the back of the building in the lower part along Laindon Road.  The date 1939 is clearly visible but the word(s) above the date are harder to make out – can anyone read them? These photos also show some of the structure of the old walls. This part of the building has been demolished.