Remains circa 1990
By Dallas Simpson 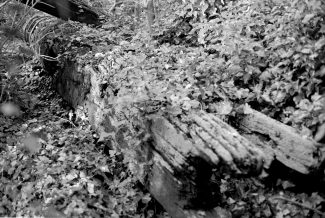 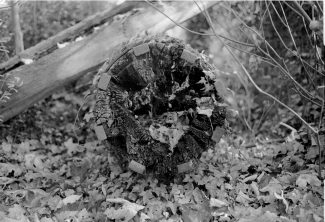 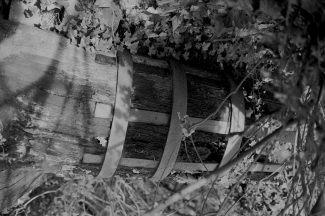 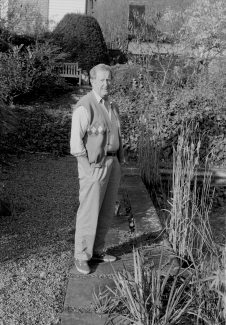 I was born at 112 High Street Billericay in 1950, I think this property was acquired my grandad, possibly as a short lease after WW2 when my family briefly lived at that address and my grandad Maurice Bushell had a bric-a-brac / junk shop on Western Road. My mother and I moved to Wickford around 1951/2, while my dad Harold ‘Harry’ Simpson went out to Kenya working as an engineer, returning from Africa around 1956. My grandfather Maurice passed away in Wickford in 1955 and was buried in Great Burstead Church cemetery. Meanwhile we returned to Billericay in 1957 and lived as a family on Crays View.

The environs of Billericay, particularly ‘Milly Meadows’ and Tye Common were my playgrounds as a child and youth. I had heard that there was a Post Mill at the top of Bell Hill, but as the land was private belonging to the Mill Cottages, I never explored that area until the 1990’s. My mother Ursula ‘Peggy’ Simpson knew John Clarke, who had a Butcher’s shop in Billericay High Street, and on one occasion when I visited her said that John Clarke had been in contact with a view to meet up with Peggy. Apparently, he did not say when he was coming to visit so I suggested I visit John Clarke, who lived in the Mill Cottages, to see how he was and set up a meeting with my mother. The details of the visit to John at the Mill Cottages were not recorded, other than I remember that he said that as a child he remembered my grandad’s junk shop and had met my grandad Maurice, which was a wonderful memory. John gave me permission to explore the land at the top of Bell Hill and I was able to take some photos of the remains of the Post, which was surprisingly intact given the amount of time it had been lying there.

The negatives were hand developed by me in 1993, but the film had been in storage for some time before they were developed, so the presumption is that they were taken in the early nineties.

I moved to London in 1969, then to Nottingham around 1972, where I married and am still resident. I visited my parents in Billericay from time to time over the years and more so in the last years of my mother’s life. The visit to John Clarke was on a visit to Peggy from Nottingham, probably over a weekend.