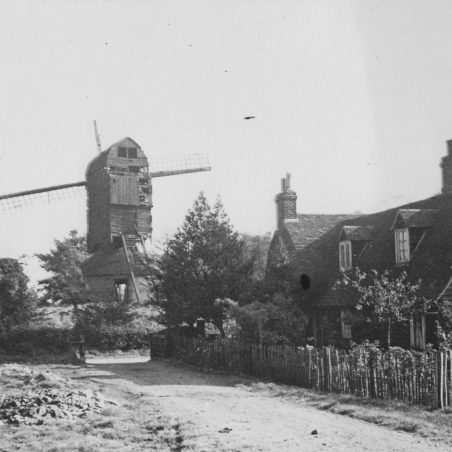 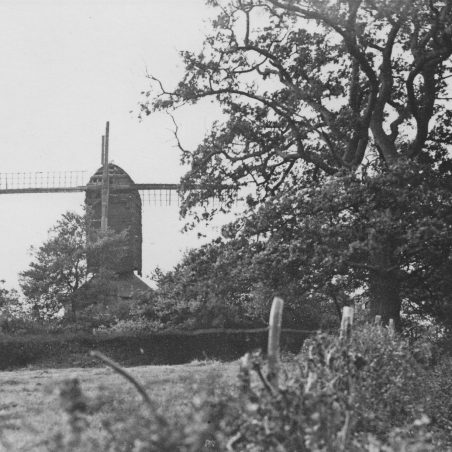 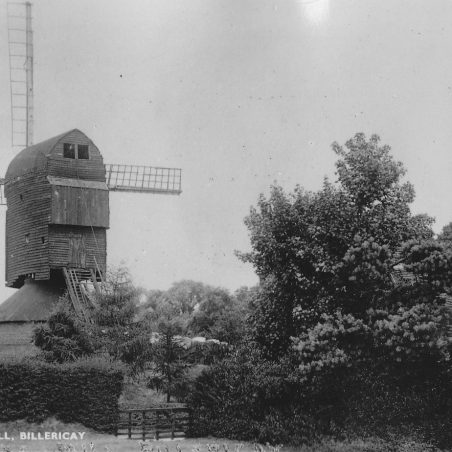 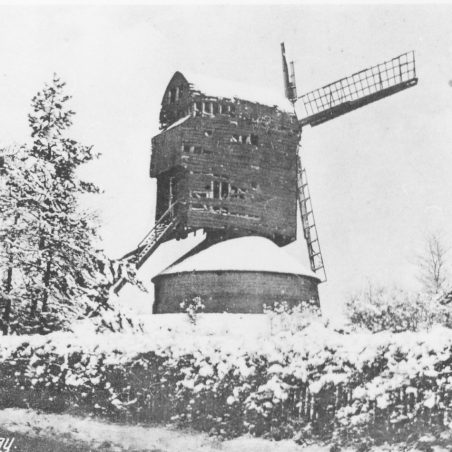 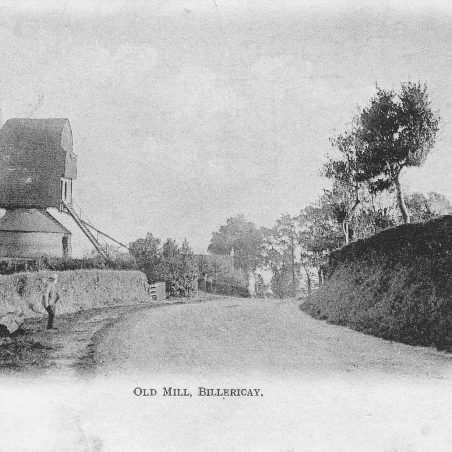 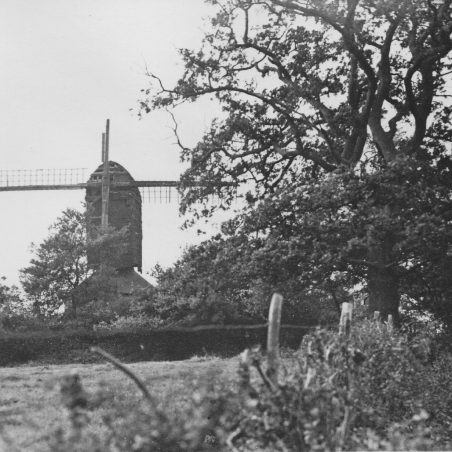 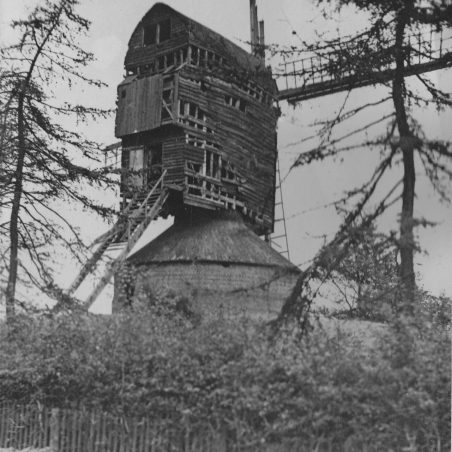 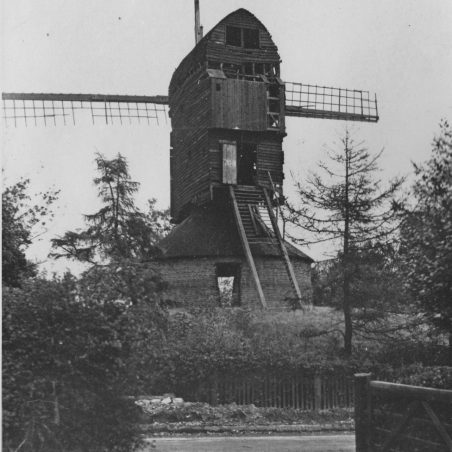 Stories abound of the Gastly Miller, Thomas Wood, who in 1763 was awarded a lease for 21 years on the Windmill just east of Bell Hill. He gained the name Gastly Miller from his size and being covered in flour giving him a very white appearance. It is said he ate fat meat three times a day and copious amounts of beer and became very fat; so much so that he became ill and was advised to change his diet in 1763. He took this advice to heart and from that time he only ate a porridge made from sea biscuits and skimmed milk. His health surprisingly was said to improve and he built a second mill on the other side of the road.

He was a great letter writer and many of these are preserved at the Essex Record Office.

The mill in the photos is probably much younger than that used by Thomas Wood but it fell into disrepair and slowly fell apart. It was a post mill and the original post is still said to be in place within a private garden.

The photos in the gallery are from old postcards.