Sorting through some old 35mm slides recently I found a photograph that I had taken on Laindon Common in May 1982. The slide shows a Royal Army Ordnance Corps truck and Land Rover parked on Laindon Common, just opposite the Dukes Head public house. 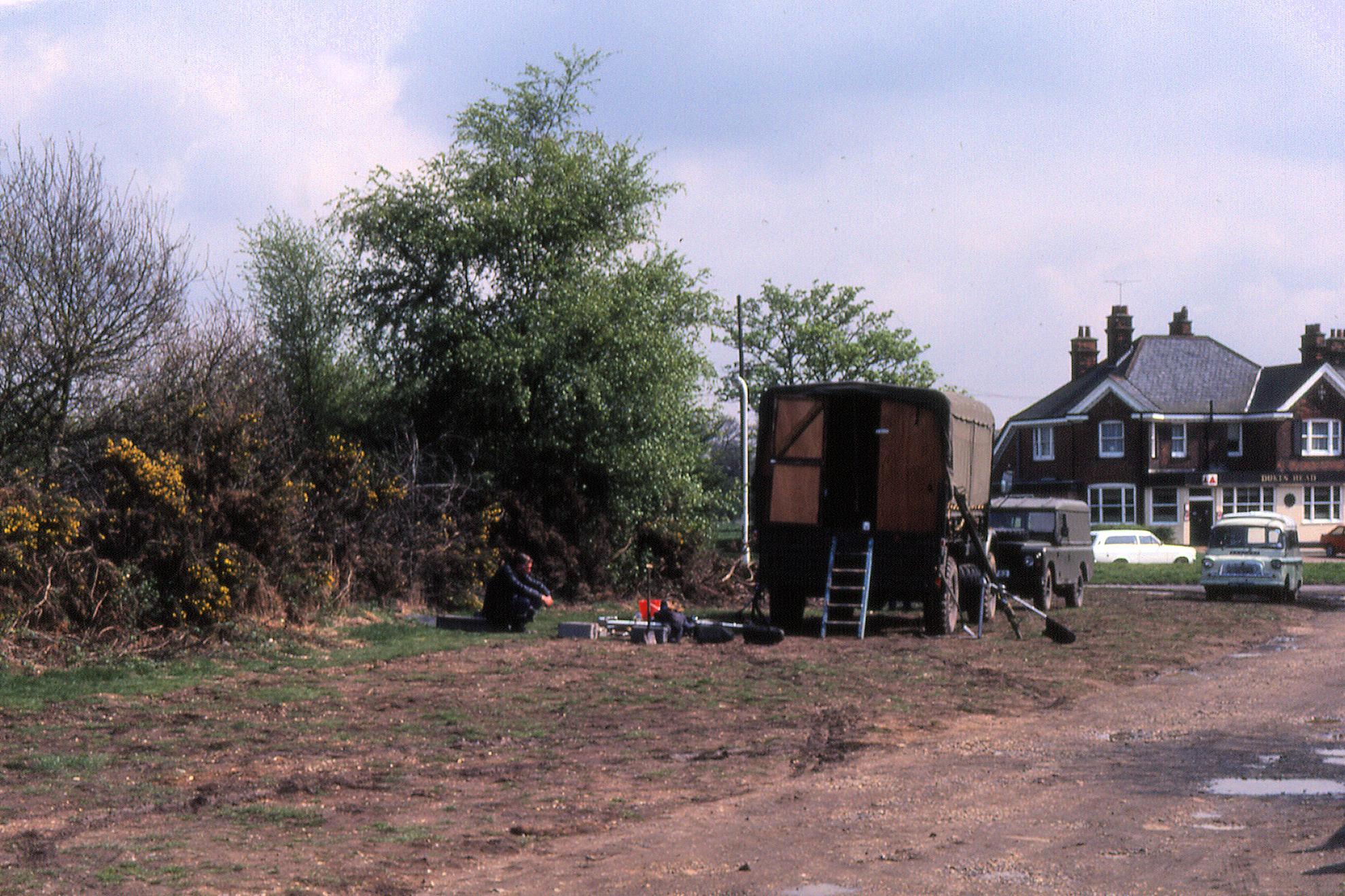 The following extract is from Hansard 19th July 1982

Mr Proctor asked the Secretary of State for Defence (1) what representations he has received from the Basildon district council concerning bomb, small arms ammunition and mortar bomb clearance by the Army at Laindon Common, Laindon, Basildon, Essex; and if he will make a statement;

(2) if he is satisfied with the safety of Laindon Common, Laindon, Basildon, Essex, following partial 59W bomb, mortar bomb and small arms ammunition clearance by the Army; if he will post warning notices in uncleared areas of the common; and if he will make a statement;

(3) if he will give details of the bomb disposal work undertaken by the Army at Laindon Common, Laindon, Basildon, Essex; how many men were involved; what quantities of bombs, mortar bombs and small arms ammunition were found; what acreage was made safe; why the whole area was not cleared; and if he will make a statement.

Mr Wiggen Following the discovery during March of 3×3? mortar bombs, which were dealt with by the Royal Army Ordnance Corps, the Essex Police asked 33 Engineer Regiment to search Laindon Common for any further unexploded ordnance. This search took place during the period 4–20 May 1982 and involved 18 men from 33 Engineer Regiment. Two 3? mortar bombs were found in a comprehensive search of all the open ground, which covers some 32 acres and comprises about 90 per cent. of the total area of the Common. The remainder of the land is covered by thick scrub and trees and in this area the search was restricted to a number of accessible points.

A full-scale search of this area would entail total clearance of the scrub, and Basildon district council, which is responsible for maintaining the Common, is anxious to preserve the landscape and wishes to avoid this if at all possible. In view of the small amount of ordnance found in the large area of open land and the fact that no further ordnance has been detected in that part of the overgrown area that has been searched, it is considered that the risk does not justify such drastic action.

It is not the responsibility of the Ministry of Defence to post warning notices except on ranges in active use. Warning notices were put up by Basildon council before the search, but these have now been removed as they are no longer considered necessary.