You are here: HomenextTopicsnextPlacesnextHospitals and MedicinenextMemories of St Andrew's Hospital & the Burns Unit 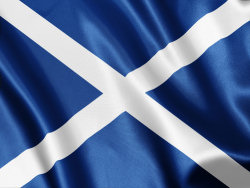 I came to Billericay for the first time in February 1956. After initial treatment at St Mary’s Hospital, Paddington following an accident at work resulting in a broken arm, I was transferred to Billericay Hospital for follow-up treatment.  Recently re-housed by the then LCC in Hutton I had little idea where Billericay was, let alone its hospital. I discovered that City Buses went to Billericay. Getting off of the bus near the Police Station I walked the length of the High Street to eventually find St Andrew’s Hospital. On a return visit for a minor operation in 1970 they produced a dusty folder containing my original notes from 1956. I wonder what became of them.

On a day in 1982 on my daily communte to work along the High Street to Chelmsford I was surprised to find it completely devoide of cars and lined with no waiting signs.  I later discovered it was being kept clear for a Royal visitor who wwas due to open the then new burns unit in the hosptial.