You are here: HomenextTopicsnextPlacesnextHospitals and MedicinenextMemories of St Andrew's Hospital

... and it's ghosts!
By Janet Saunders 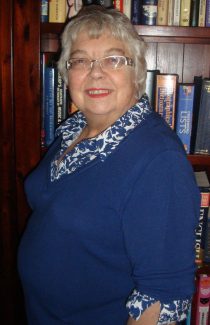 I moved to Billericay in 1962 and this is the fifth residence I have had since being here.

In the 60’s my two children were born in Saint Andrew’s Hospital. After the first one, a kind auxiliary nurse asked me what I had had, it was after dinner and I replied ‘fish and chips’, she looked surprised.

In the 70’s my friends and I held coffee mornings to raise a little money for the new Burns Unit.

In the 80’s I took a trolley round the wards with books from the hospital library.

In the 90’s I worked at the histopathology laboratory retiring when that moved to Basildon Hospital.

In the 20’s I moved to part of Charles House, this was in 2008, just after the famous Strawberry Tree was felled. My living room is the Board Room of the Workhouse, the rest of the apartment once housed some of the male inmates. It is now part of Grey Lady Place. I have not seen this lady. I wonder if she sits in the roof area as there is a window from outside with no access from within.

Previous residents nearby felt other presences, one was thought to be the ghost of a tramp, they often briefly lodged in the Union, it seemed he would warm himself at the fireplace sitting on the coffee table which explained why items on it were disturbed. A young girl’s was sometimes seen at the foot of their bed.

The hospital was a friendly place; pantomimes were put on in the now demolished nurses’ recreation hall.  Carol services were held at Christmas in the Chapel where the stained glass windows remain. The grounds where Workhouse inmates toiled in the vegetable plots are now pleasant lawns and hedges thankfully maintained by others.

In Down and Out in Paris and London George Orwell comments that he was advised by tramps to steer clear of Billericay Spike but this grey lady likes it here.