We lose a tree in the High Street 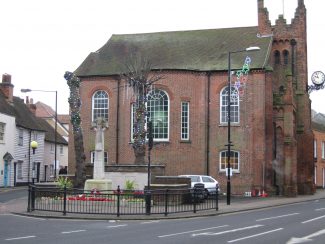 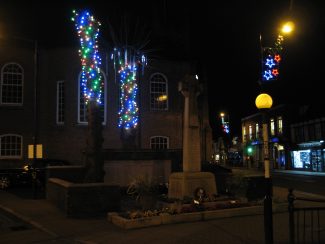 zoom
Mr Stumpy lit up for the last time.

Organising a much needed pruning of the trees outside St. Mary Magdalen in the High Street took a long time because the trees sit on land owned by the Church of England and permission has to be sought from the diocese, which is a long and time consuming process. However during October 2017 the trees by the War Memorial had a long overdue prune. Unfortunately they needed to be cut back severely because of rot and one of them (the left hand one looking down the High Street) had to have all its branches removed and some of the trunk cut out. This was very unfortunate as the Town Council’s Christmas Lights were due to be installed a few days later. Brightening the High Street for Christmas and the Lights Switch On are part of the calendar now so not to be deterred the remaining trunks were dressed with lights

All went well, but the Christmas lights were just not the same.

Once the lights cam down Basildon Council wanted to inspect the tree with the severe rot and decided that for safety it had to come down, before it fell on someone.

Immediately a campaign was started to save the tree or Mr. Stumpy as it had become known. The local Rector, Rev. Paul Carr, even went to the lengths of writing a poem about Mr. Stumpy which he threatened to record as a song, Although thankfully this never happened.

The tree was felled during early 2018 and the High Street has lost a very large friend.