These two properties were built in the first years of the 16th century. Number 80, on the left had a shopfront put in which was originally a greengrocers but later became the butchers that we see in this photograph. Meanwhile No. 82 was still a private residence at the same time. 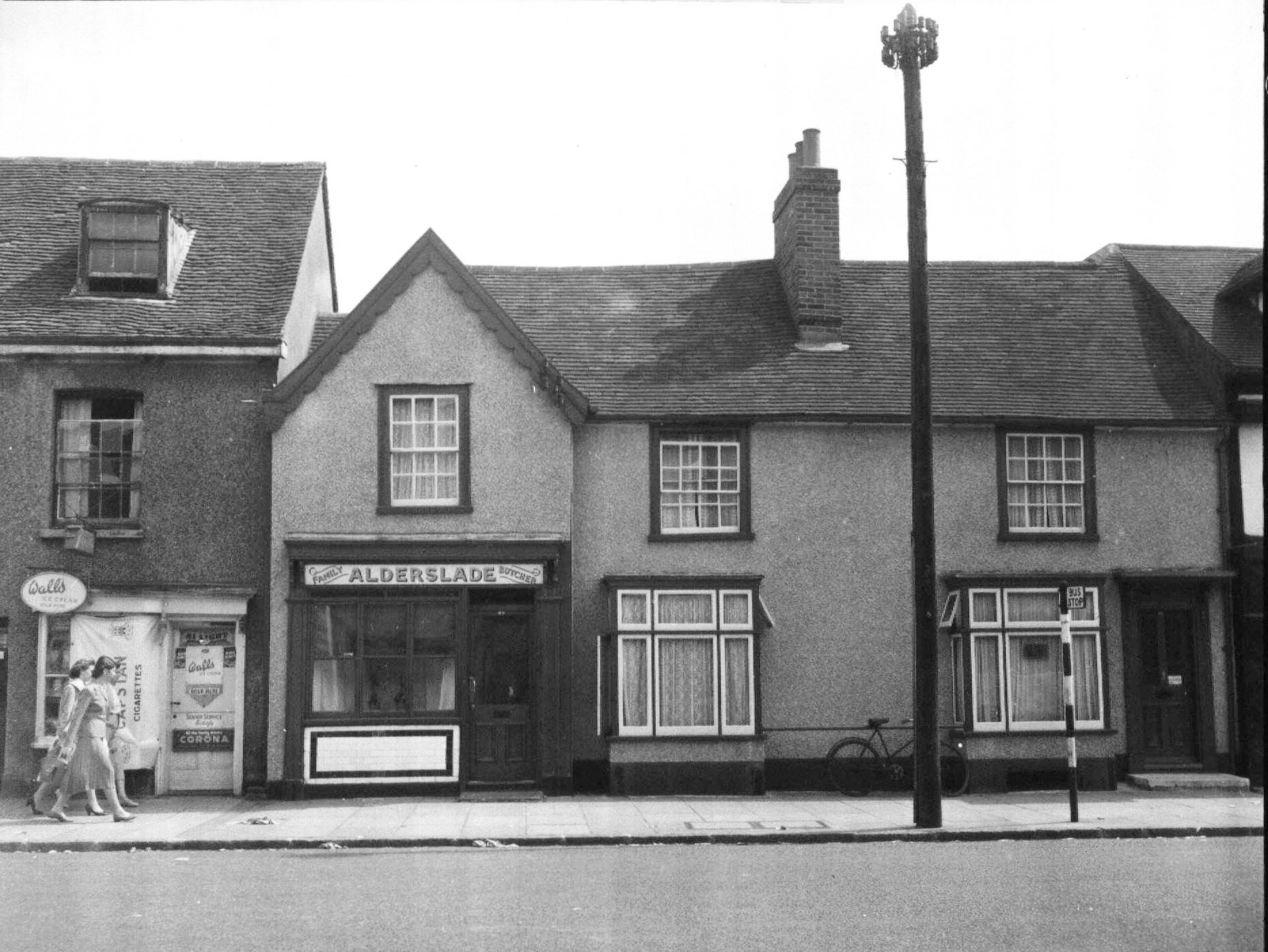 The butchers shop was owned by Mr. Alderslade and later run by his daughter. Unfortunately this is one of the many buildings that failed to survive the developers bulldozer in the 60s.