Betty Raines looked after children for 20 years
By Sylvia Kent 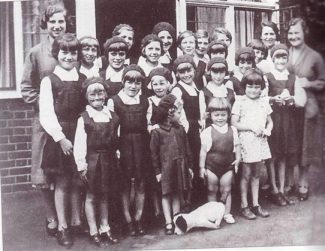 zoom
The early days of the home 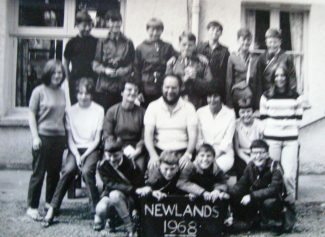 Many people remember coming to live in Billericay at Foxcroft, a beautiful building at 100 High Street.

“The moment I came to Foxcroft and met the children, I knew I would be happy in Billericay,” recalled Betty Raines.  Betty answered an advertisement to work at the Children’s Home at 100 High Street, known as Foxcroft.  In 1955, the building looked a little different from that of today – no Virginia Creeper – just neat box hedges and a couple of rose bushes.

Foxcroft is still a beautiful house, built around 1740.  It was first used as a private home and then from 1860 it was the Billericay Grammar School for about three years.  Prior to this the Reverend Darby lived here, bringing up his large family and ministering at St Mary Magdalen on Sundays.

In 1932 Essex County Council purchased the building for use as a children’s home and it was here that Betty Raines looked after the children who came to live there.

She said: “It was the custom then to call us Auntie and we tried to create a warm family atmosphere.  The children came to us not because they were orphans, but because of family problems.  They often settled down remarkably quickly and we tried to give them a steady family background.  We took the little ones to school and met them at the gates at home time.  They were all encouraged to join Cubs, Brownies and Guides and to other young people clubs that were going on in Billericay.  We also took them to St Mary’s Church further along the High Street.”

During the early 1970s, another children’s home was built at Patricia Gardens at South Green near Billericay.  Betty moved from Foxcroft after 20 years’ service.  She eventually retired from working with children to working with older people at the Billericay Day Centre and certainly made a lot of friends there, too.

Numerous people from around the world remember their time at Foxcroft (and Betty)with warm affection.

Editors Note: Do you recognize anyone in the photos and do you have any recollections of Foxcroft or the home in Patricia Gardens? We would love to hear from you.