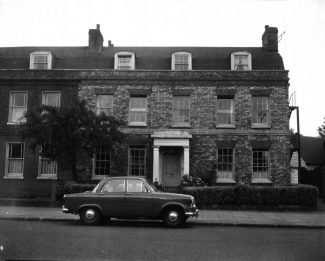 I was at Foxcroft from circa 1952-1956 and have some very happy memories. The Matron was a Miss Nissim a quite patrician lady of the old school. The home was a remarkable change for me from the life I had experienced living with my grandma in a Dunmow council house where there was very little food, so arctic role and hot baths and birthday parties were a big change. The gardens tended by the possibly war wounded lovely lame gardener were a revelation. I think it was an Auntie Jane who used to organise races and games, but generally we kids invented our own amusements in the small coppice at the rear. Holidays were spent at Clacton, in a hotel! My first experience of the sea.

One name I remember is Paul Millard is one, although I think as an older boy he lived away and came to stay every so often. The home was relocated temporarily to Moulsham near Chelmsford for a while, I imagine so that Foxcroft had renovation work done although we never quite knew the reason.