You are here: HomenextTopicsnextPlacesnextBillericay Footpaths 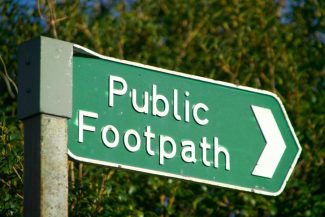 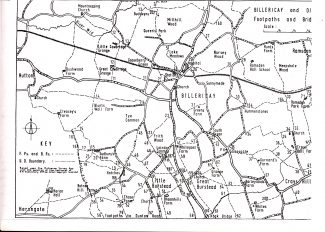 Modern footpaths are the narrow trodden paths that may have originated in antiquity.  Once our hunter-gatherer ancestors had settled in one place & adopted farming, their regularly walked paths, were the basis for modern footpaths.

The routes that our ancestors drove their cattle to their cattle pens were called “drove roads” – now, on modern maps as”Green Lanes”. These can be identified by roadways having a ditch on either side with hedgerows.

Another source of early routes, are the “salt roads”, used to carry the salt from areas producing salt, such as Maldon to manor houses.  The areas where the salt was evaporated from sea water are known as “red-hills”.

Today there are three categories of Public Rights of Way [PRoW] giving one access to the countryside – defined as:

Ø  FOOTPATHS – a right to use the path on foot only – waymarking arrow sign is  yellow.

Ø  BRIDLEWAYS – a right to use the path on foot, horseback & pedal cycle –  waymarking sign is a blue arrow &

Ø  BYWAYS – a right to use the way by all of the above modes, plus the right to drive horse-drawn & motorised vehicles along it – waymarking sign is a red arrow.

Ø  There are also permitted paths that farmers allow one to use. These can be withdrawn by the farmer

Other types of country paths are identified by the initials: CRF; & RUPPs.

CRF – Combined Road & Footpath – replaced by: RUPPs = Roads Used As Public Paths.   These were reclassified in 1971 as: BOAT – Byway Open To All Traffic.

In 2006 Rupp s were re-classified as restricted byways with a purple way marker.

By law, all PRoWs should be signed where they leave a road.

Once a PRoW has come into existence it cannot be moved [“diverted”] or closed [“extinguished”] except by formal order.

These are defined in six pages in: Basildon District Definitive Statement for: Billericay dated 01/07/02.