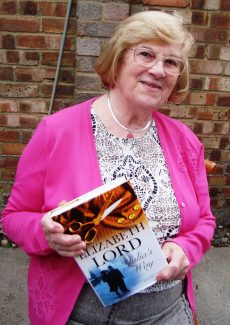 My early years were spent in London ‘s East End and Billericay to me was then a country town which I viewed as far away. We’d take the train to Southend on Sunday passing the tiny station of Billericay that to me was a picture out of some fairytale. Little did I know that one day I would live there.

It came about when I married a farmer and moved to Dunton Wayletts, just down the road from Billericay, to start a flower nursery and garden centre. For me, a townie, it was way out in the country and Billericay was still that little fairytale town I’d seen from the train.

I remember driving past woods on Bell Hill thinking how beautiful they were and then later on almost cried to see the woods being bull-dozed to make way for housing. Again I didn’t know that one day I would be living there and I thought the housing was sacrilege to take the woods away. When my husband died I sold up and guess where I moved to, Noak Hill Road in Bell Hill, as it was called, where the woods had once been.

I joined the Billericay Arts Association and am now on the committee, taking minutes for my pain, and enjoying every minute of it.

There had been a lot of buildings and alterations to this little town, but to me it is still a fairytale place that never ceases to delight me.

part of a recorded interview with Sylvia Kent