These photos were taken by Rev. Albert W. Welch (then of Billerica, Mass, USA.), in Billericay during a trip in 1970. They have been converted and ‘cleaned’ by his Son in Law, Sam Brainerd.

It is not clear whether this is the annual town show/carnival parade or as suggested by Sam Brainerd who provided the photos,  was a parade in honour of the 350th anniversary of the sailing of the Mayflower to Massachusetts in 1620. Either way the photos are over fifty years old!

Sam Brainerd says “Rev. Welch was scheduled to preach at a church in Billericay on July 19, 1970. If you have any information on when the parade took place, I would love to know the date. The slides were developed in August 1970.  From the angle of the parade photos they were taken from the second floor of 22 High Street, looking towards 33 High Street, Farrer’s Funeral Home.”

More photos will be added as we receive them.

Are you in any of the pictures or do you recognise anyone that is?  Do let us know with a comment. 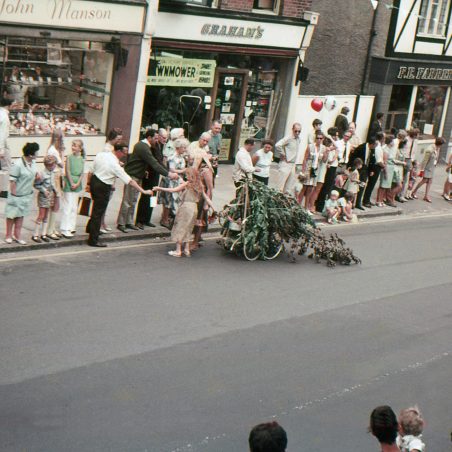 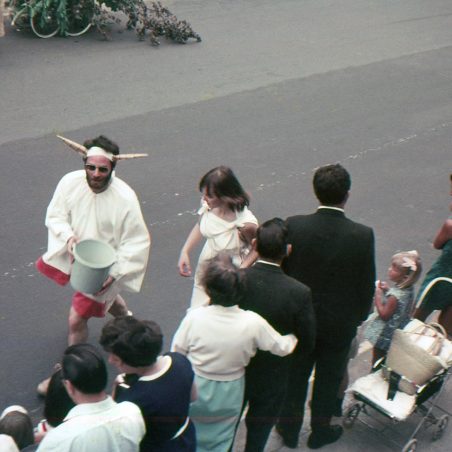 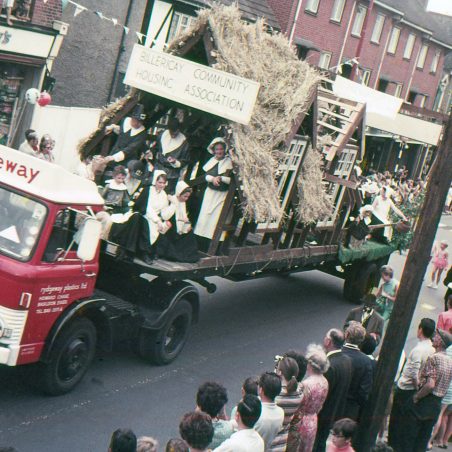 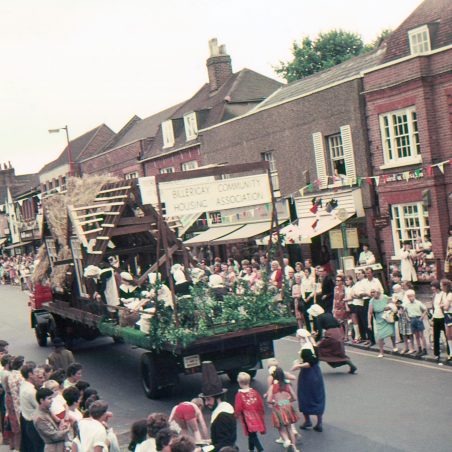 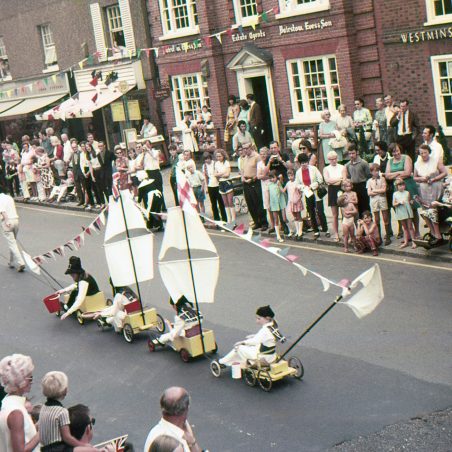 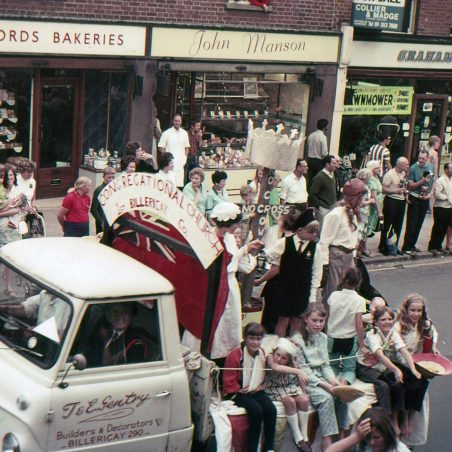 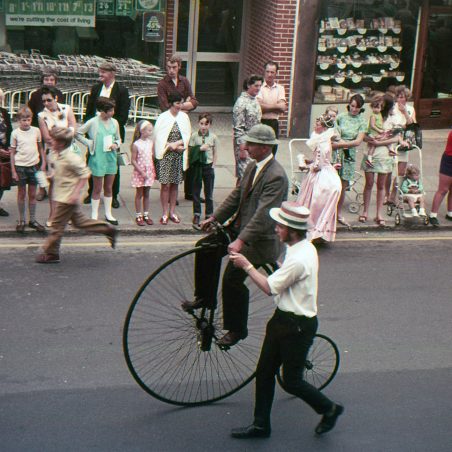 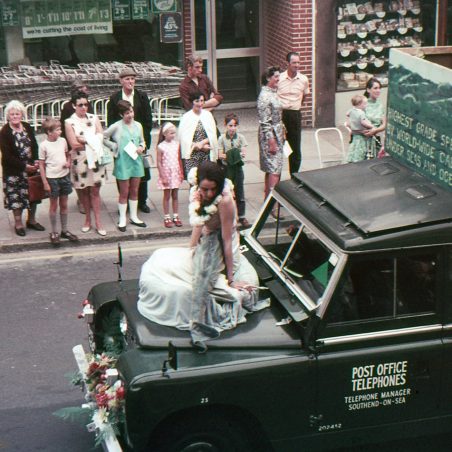 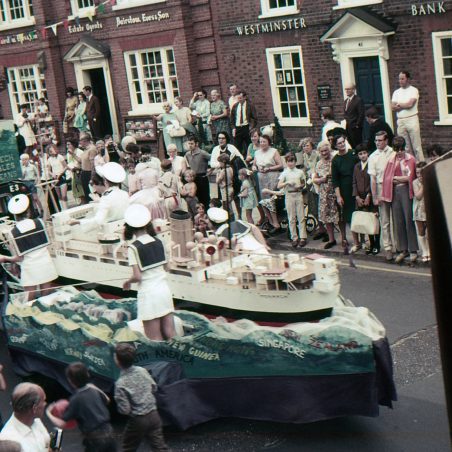 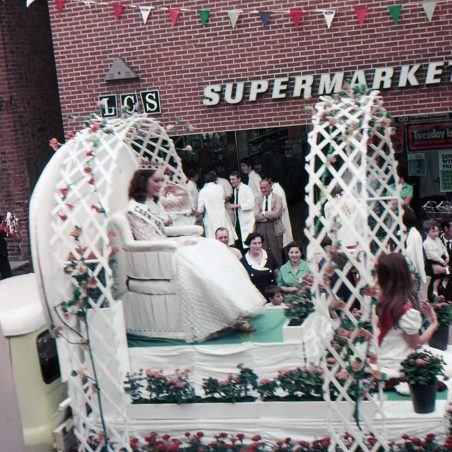 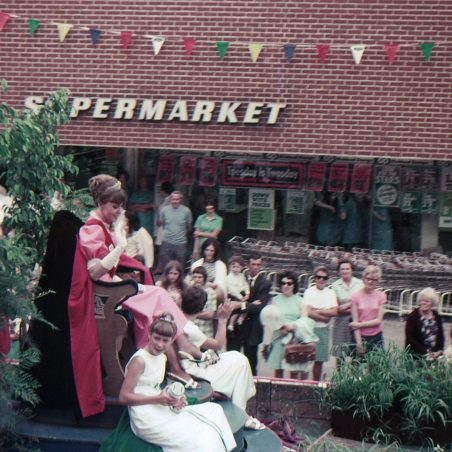 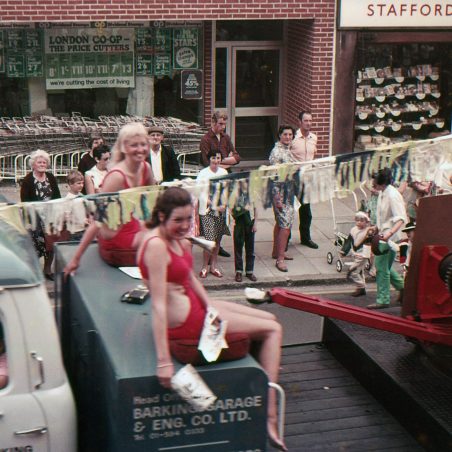 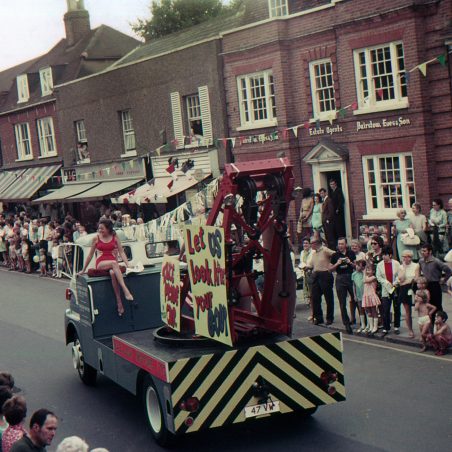 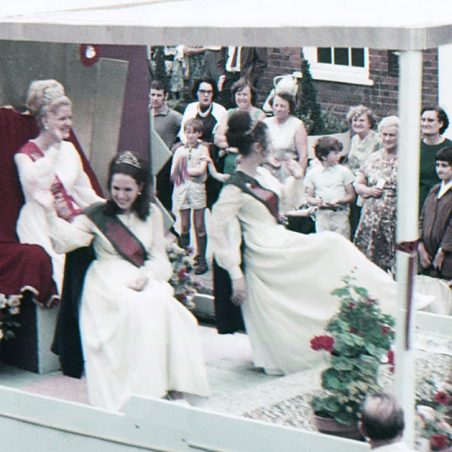 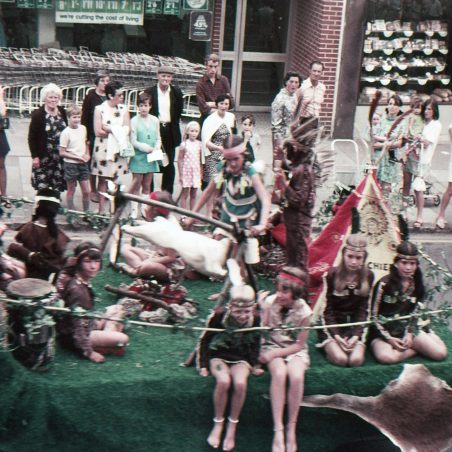 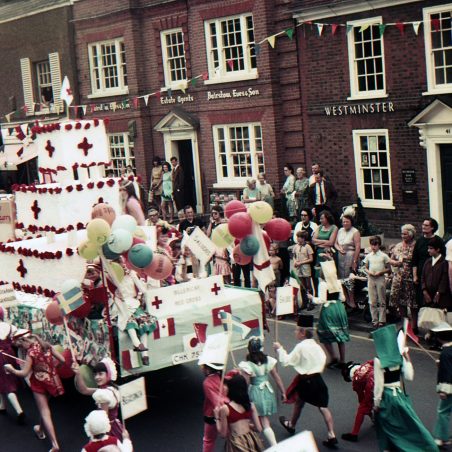 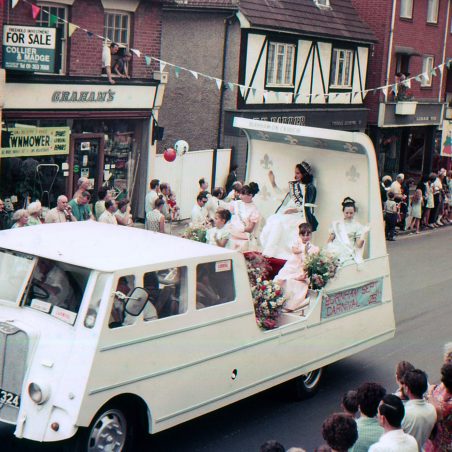 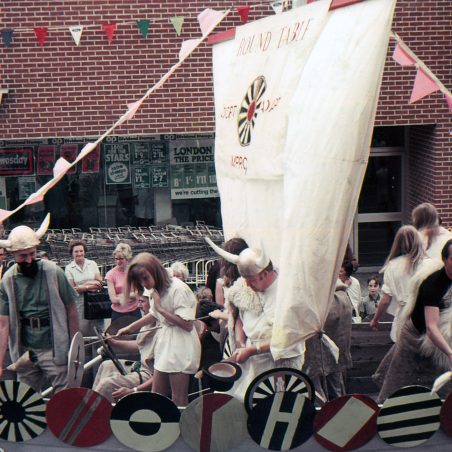 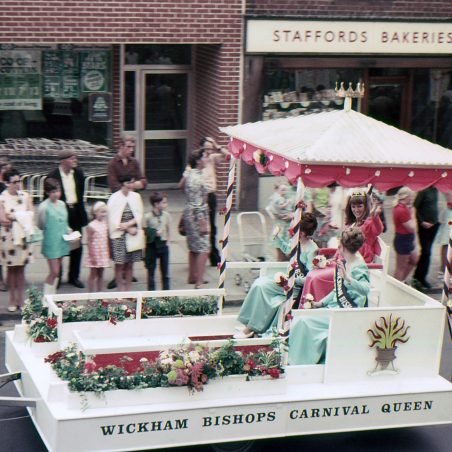 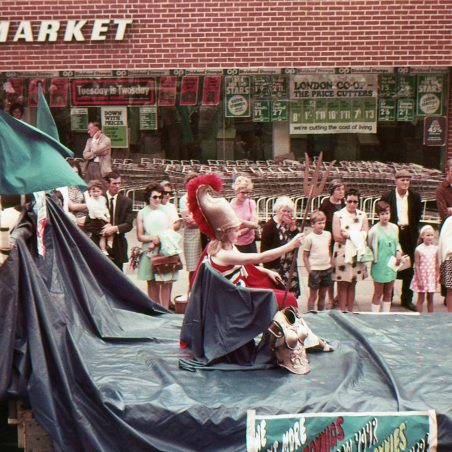 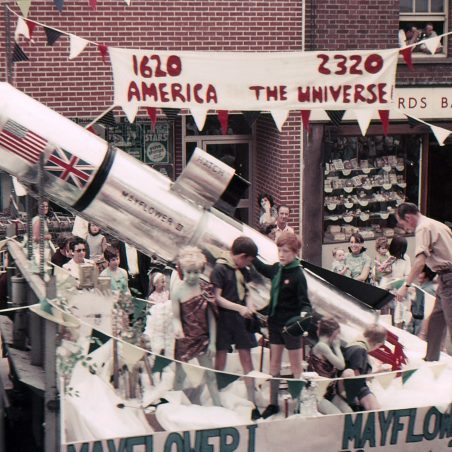 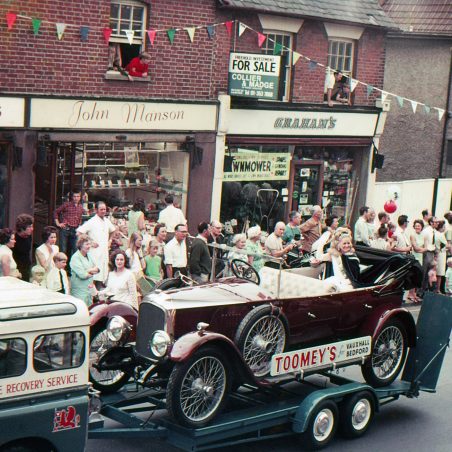