The aerial photo below was taken in 1928 and shows a much smaller town than we are used to today. There are a number of things to look for:

Click on the image below to enlarge on your screen. 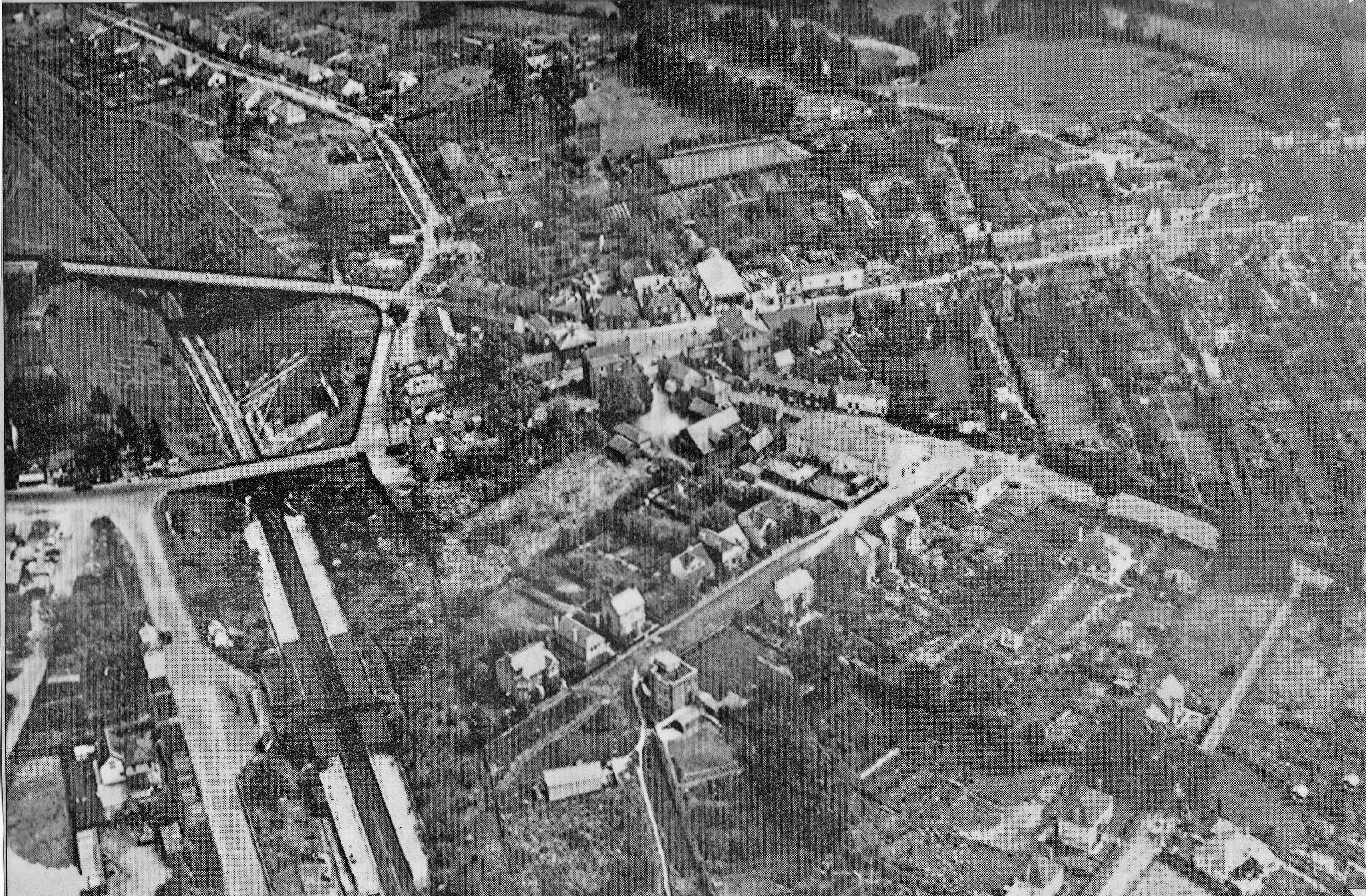